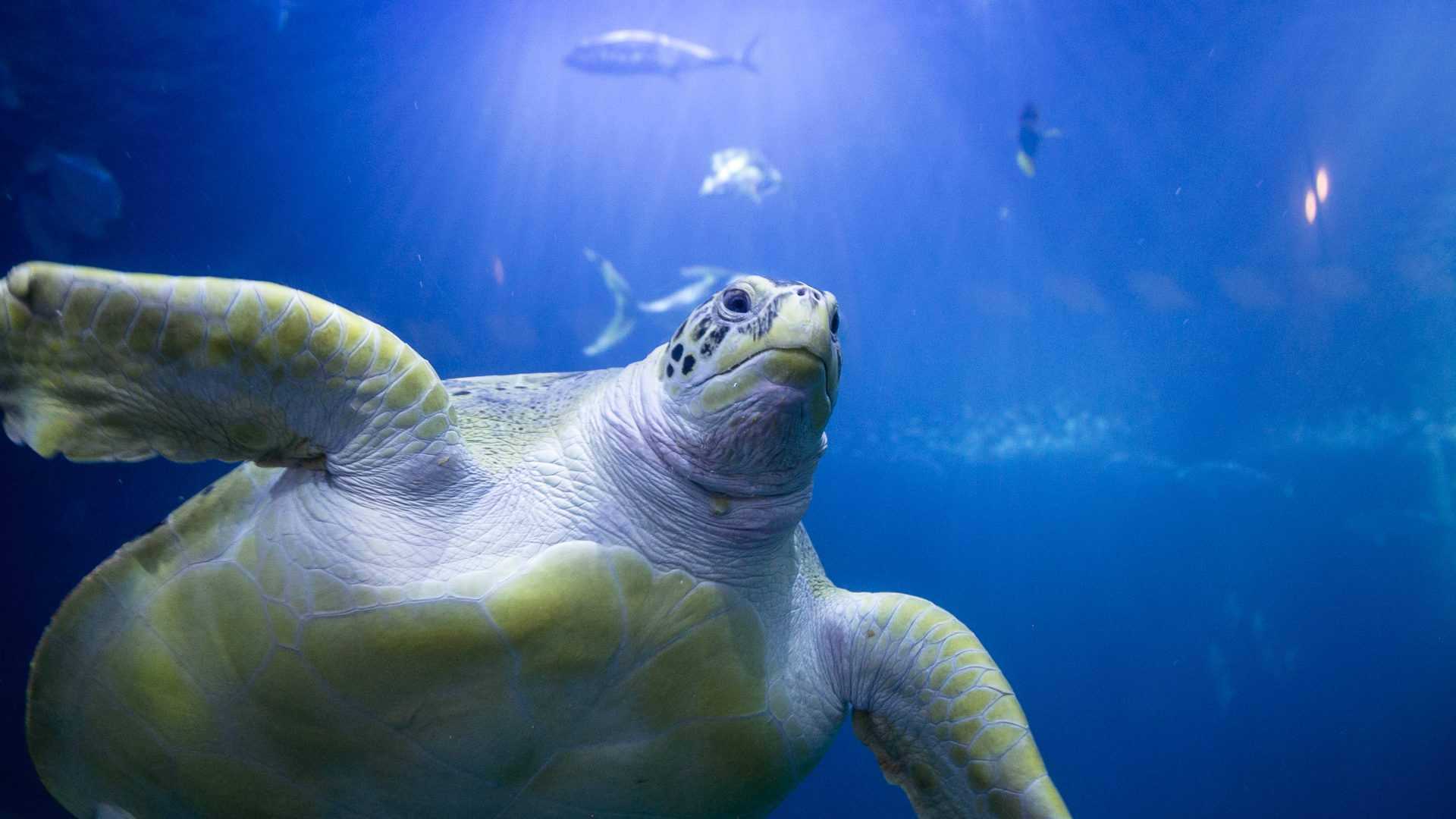 Turtley Cool Things You May Not Know About Sea Turtles

If you have ever had the pleasure of meeting our Green sea turtle, named Friday, you will certainly know that they are some of the most awesome sea-creatures out there. Many of us know they have a shell to protect them, they can hold their breath for many hours and can live as long as a human can. But there are many other fascinating facts out there that you may not have heard before. Read on to learn some of the more unusual, lesser known facts to impress your friends (and hope there are some sea-turtle themed questions at your next family quiz).

Have you ever seen a female turtle lay eggs in the sand? It’s an incredible sight to behold! They use their massive flippers to dig a hole in the sand, crying as they do so to get rid of any excess salt in their bodies. Once their 110 or so eggs have been laid and covered back up, the females will make their way back out into the Ocean.

During the following couple of months, the temperature of the clutch will be determined by the sand that surrounds the eggs. If the temperature is warm, usually above 31 degrees Celsius, the hatchlings will be female. If the sand is cooler than around 27 degrees Celsius, they will be male. The babies will eventually hatch out and shuffle their way to the Ocean, using the glow of the horizon and the reflection of the moonlight on the waves to guide them.

If a group of Starfish is called a constellation, and a group of Sharks is called a shiver, what can one call a group of Sea-Turtles? Well, I have recently discovered that we can call a group of Sea-Turtles either a bale or an arribada. Not as catchy as the other examples I’ve given, but what’s interesting is that arribada is the Spanish term for ‘arrival’. Being solitary creatures, sea turtles are rarely seen in large groups, with the exception of when thousands of Olive Ridley female turtles arrive on shore to lay their eggs.

Sea turtles have several long, sharp spines in their throat, known as papillae. They look like they shouldn’t belong on a such a beautiful, gentle creature, seeming more suited to a predatory animal (or perhaps even a Halloween costume). These spines however give turtles a great advantage at dinner time, as they make it difficult for slippery prey to escape and act as a filter for them too.

When turtles consume their food, they swallow a large amount of saltwater, often throwing it up after a meal. The spines however allow the water to be expelled, whilst acting as a barrier for the recently consumed food. A fantastic adaptation, but bad news for the estimated 1 in 3 sea turtles who have plastic in their stomachs. The good news is however that there has never been such a powerful uprising against plastic pollution than there is today, with conservationists around the world coming together to help solve the crisis. There is a wealth of information out there to help all of us practice pro-Ocean behaviour, so why have a look at some simple, effective changes we can make by checking out our blog on Five Easy Ways to Be Kinder to The Ocean.

Writing this has inspired me to find out some more cool stuff about these majestic reptiles! If you would like to do the same, let us know what you discover by messaging us on our Facebook, Twitter or Instagram pages.

This blog was written by Karen Willcocks – our Schools Officer at the National Marine Aquarium.