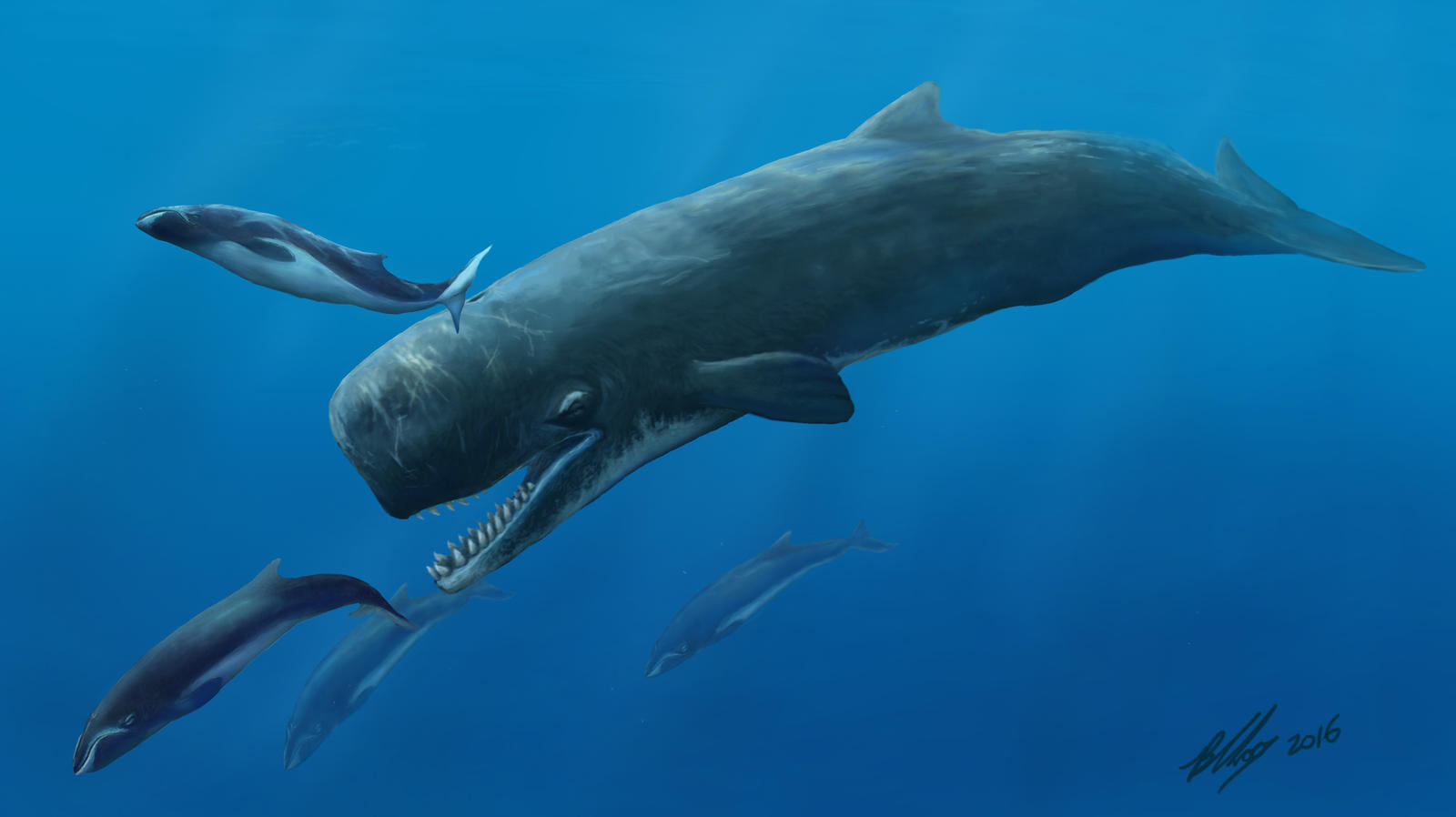 Sperm whales are wacky, weird, and wonderful! Here’s why…

Written by Marina the Mermaid

When people think of whales, they often picture killer whales (technically dolphins), blue whales or humpback whales. Let’s face it – all whales are incredible, but in my opinion, sperm whales are some of the most unique and majestic mammals that roam our Ocean.

Firstly, they sleep by ‘standing’ together in their pods close to the surface of the water. Whereas we would find sleeping vertically uncomfortable, and most likely wouldn’t sleep that deeply, it takes a lot to wake a sleeping sperm whale. It is reported that a boat in Chile accidently drifted into a pod of napping sperm whales, who only rose from their slumber when the boat accidently nudged one of them.

They have the largest brains in the animal kingdom!

The most defining feature of a sperm whale would probably be its large body – most noticeably, its humungous head. As the largest toothed predator on Earth, sperm whales can grow up to 19m, with their head accounting for a third of their body length. It’s therefore not surprising that they have the largest brain in the animal kingdom. A bigger brain often means a species has a more complex social structure, and sperm whales are no exception, being considered one of the most intelligent creatures that roam the sea.

They dive deep down to feed on Giant Squid

Why are sperm whales called sperm whales? Well, they are named after the waxy liquid substance found in their heads, known as spermaceti, which helps them to control their buoyancy when diving. Sperm whales are also known as catchalots. I wish I could tell you that it’s because they catch a lot of food, but catchalot is in fact the archaic French term for ‘big teeth’. Their cone-shaped teeth are indeed big, reaching up to 20cm in length and weighing up to a kilogram.

But what creatures do sperm whales like to snack on with these big teeth of theirs? It’s a well-known fact that sperm whales are fantastic divers, often reaching a depth of 2000m. One of their favourite prey animals that roams the deep is the giant squid, which can reach 12m in length! There have even been reports of sperm whales surfacing with large scars on their body from the suckers of giant squid tentacles. Pretty cool stuff!

You might be thinking that sperm whales must be fierce creatures and dangerous to humans then, right? Wrong! Sperm whales are docile creatures and there has never been a report of a sperm whale eating a human. Like all creatures who roam our Ocean, they have an important role to play on our planet and should be protected rather than feared.

And there you have it! Just a few of the many reasons that sperm whales are some of the most wacky, weird, and wonderful mammals out there.

This blog was written by Marina our resident Mermaid. Catch her every Friday at 1:30pm live on our YouTube channel for Mermaid Tales sessions.