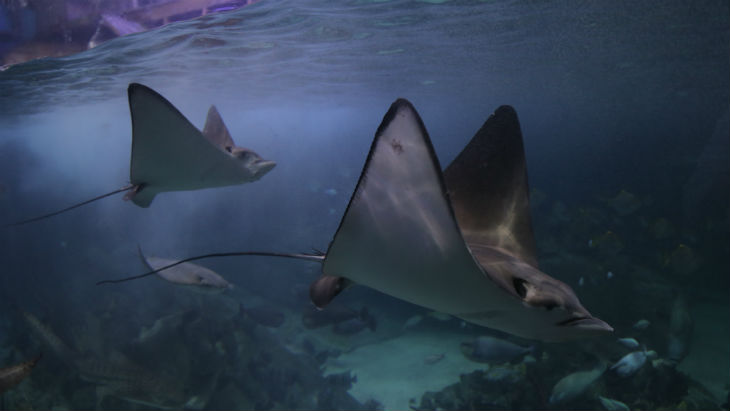 This Easter, the National Marine Aquarium will play host to the Shark and Ray games! We are pitting the amazing abilities of sharks and rays against each other to see who emerges victorious.

Sharks and rays belong to the same family, called elasmobranchs, which have existed on our planet for an immensely long time. Easter will give everyone the chance to examine the world of these creatures a little more closely, to discover exactly how important they are to keep our oceans healthy, not just in Plymouth but all around the world.

There are over 400 species of shark and over 500 species of ray currently swimming around the world’s oceans. They include a stunning variety of sizes and shapes, that inhabit a colossal range of habitats, from the abyss in the deep sea to Plymouth Sound. Humans have only explored 10% of the oceans so far, so there may be many more yet to be discovered. 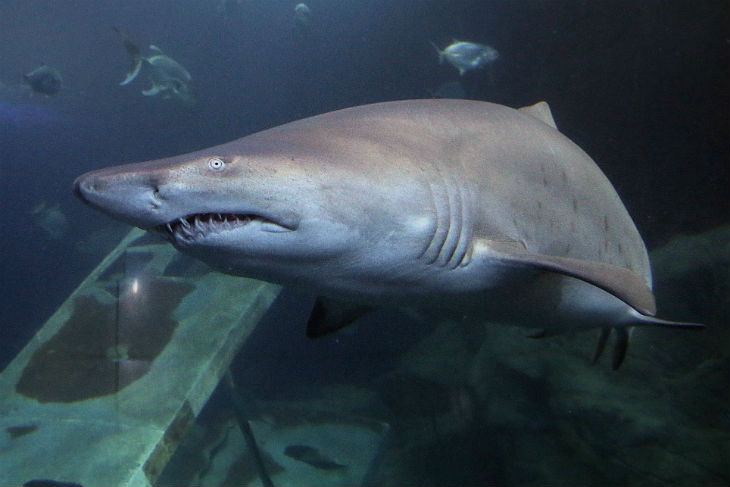 Sharks will help to keep the oceans healthy by eating any old, sick, vulnerable creatures to stop the spread of disease and strengthen the ecosystems that they live in. By doing this, sharks will also prevent certain species from becoming too great in number, which could destroy other species where they are living.

However, sharks and rays are under threat from a relative newcomer to their environment: human beings. Across the world, sharks will be fished from the seas for their fins, which are extremely valuable. Other sharks and rays will be harmed by the vast amounts of pollution that end up in our oceans, particularly plastic objects that may build up inside their stomachs. All of this is upsetting the balance in the Earth’s oceans and causing many problems, not only to sharks and rays, but all the other creatures around them.

At the National Marine Aquarium, we strive to reduce the stress and damage done by not only looking after the sharks and rays in our Aquarium but helping to protect those across the world. This work would not be possible without the support of all those who visit us. Our aquarium provides a home to over 30 species of shark and ray from around the globe, covering an assortment of sizes, colours, patterns and abilities.

We would encourage everyone to visit the National Marine Aquarium this Easter and dive into the world of sharks and rays and see what you can discover! 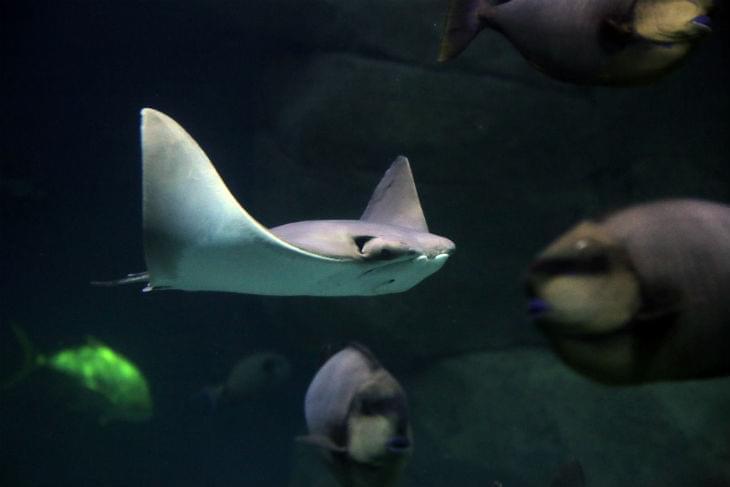 Click here to find out more about our Shark and Ray Easter Games this School Holiday, from March 31st to April 15th