Climate Change and the Ocean: How does it affect you? 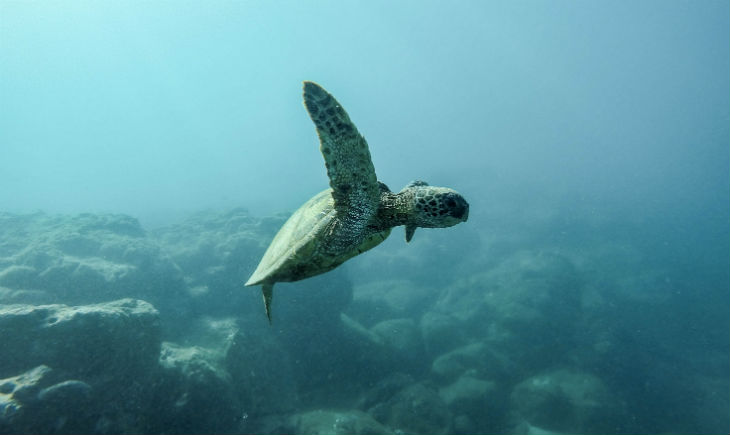 This week, the UK made history by becoming the first ever nation to declare an environment and climate change emergency – a world first that it is hoped will pave the way for other nations to follow suit.

According to a report by the Committee on Climate Change, the UK should effectively eliminate greenhouse gases by 2050, by rapidly adopting policies that will change everything from the way people heat their homes to what they eat.

The announcement is great news for our Ocean, which is already showing the effects of climate change, with issues from acidification to rising sea levels already beginning to take hold and having a detrimental impact on our Ocean’s health. It also means that there is no better time for us all to work together to secure a brighter future – not just for the Ocean, but for ourselves, too.

Our Ocean has a far greater impact on our daily lives than many of us realise, and in turn, we have the power to damage or heal the Ocean. The small things we do in our daily lives – from using the tumble dryer instead of hanging washing out, to driving when we could walk – all have an effect.

These things might not be news to you – but how exactly does the health of our Ocean affect you? If you’re wondering what exactly conserving it has got to do with your own health and wellbeing, then you’re not alone. Read on to find out.

Why does the Ocean matter?

Have you ever wondered where the term ‘Blue Planet’ came from? Well, if you look at the Earth from space, you can see that it really is blue, with over 70% of its surface covered by the Ocean. The Ocean sustains all life on Earth, providing the oxygen for every second breathe we take – and without it, we quite simply wouldn’t survive.

It also supports a great diversity of life and ecosystems and is a major influence on weather and climate. Ocean currents affect climate in several different ways; they regulate temperature, help to stabilise atmospheric conditions in land regions and bring nutrients to marine environments.

Ocean currents form in different parts of the Ocean around the world, and range in size from small currents to large currents spanning vast distances, running in horizontal and vertical directions and exchanging cooler, deeper ocean water with warmer water on the surface.

This exchange modifies the Ocean water temperature, as well as influencing surrounding air temperature through the processes of downwelling and upwelling. Downwelling occurs when currents bring large volumes of cold water to the surface, which combines with strong northern and western winds, cooling the air.

Similarly, currents bringing primarily warm water to the surface, called upwelling, elevate surrounding air temperatures – so whilst you might be able to attribute those glorious sunny days to the effects of the Ocean, the same may apply when we get unexpected snow in the middle of spring!

What are Atmospheric Warming and Acidification?

Our atmosphere has been slowly warming throughout the industrial era, and this has impacted upon the Earth’s climate system, as well as having a detrimental effect on our Ocean. There is now substantial evidence that the surface waters have, on average, been warming over the past 50 years. But why is that a bad thing?

This change has in part been responsible for coral bleaching – damaging the structure of live corals, which support some of the Ocean’s most valuable ecosystems – as well as changes in many animals’ migration pattern – and some more subtle changes can also be attributed to this, too.

As well as raising the temperature of the atmosphere, greenhouse gases such as Carbon Dioxide are, in some locations, absorbed by the Ocean, slowing the overall increase in atmospheric temperature.

CO2 absorption fundamentally changes the chemistry of sea water, making it more acidic. This process – known as ‘Ocean acidification’, can also have a profound impact on the growth of organisms – again, including coral. Animals with shells, such as mussels, clams and other shellfish, are also affected.

How does this all affect me?

With 50% of the air we breathe coming from our Ocean, it’s truly vital that we conserve it in order to survive. And, with 3.1 billion people relying on the Ocean for food, which provides at least a sixth of the animal protein eaten people eat, it’s not the only reason we should all be taking better care of it.

At any given moment, the Ocean contains more than 97% of the world’s water, and by absorbing Carbon Dioxide from the atmosphere, it can actually reduce the impact of climate change on the wider planet – and on us.

The diversity and productivity of the world’s Ocean is a vital interest of humankind. Our security, our economy and our very survival all depend upon it.

The good news is that it’s not too late for us to make a change, and there are lots of things we can all do to help; making these small adjustments in our daily lives will add up to a positive impact on our Ocean.

Try reducing your carbon usage by driving and flying less and opting to walk or cycle where possible instead, reducing your consumption of red meat and dairy and washing your clothes at thirty degrees and drying them outside on the line instead of in the tumble dryer.

These actions might seem really small and insignificant in the grand scheme of things, but it has never been more important that we all take action. We can all do our bit for the Ocean, and the time to start is now.