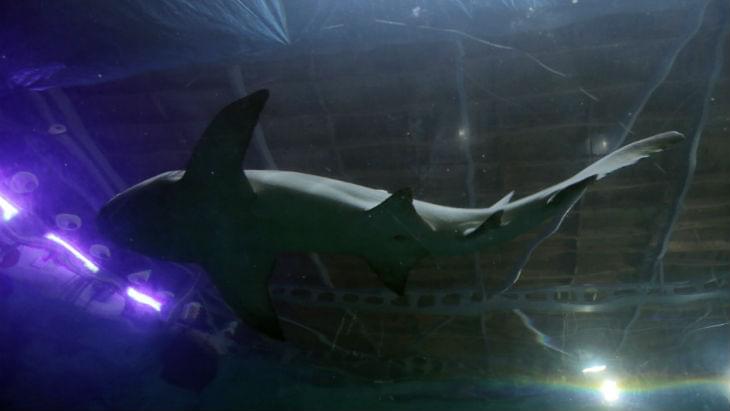 Today we learnt about the wonderful, weird world of the deep sea shark! We practised our animal sign language, learnt about the different parts of a shark’s body through song and then delved into the different kinds of sharks that live in the deep sea. Together we learnt about the strange, eel-like Frilled Shark with their red feathery gills and the cookie cutter shark who can make their tummy light up! We made some fantastic Frilled Shark hats and wore them to visit our sharks in our Atlantic Ocean exhibit. The sharks seemed very intrigued by the toddlers and their wonderful headgear as we played some games in front of the tank! A fin-tastic time was had by all!

Sharks have been swimming in the oceans for around 450 million years, this makes sharks older than trees and older than dinosaurs! They have a skeleton which is very different to ours because instead of having hard bones like us they have ones made from cartilage! If you wiggle your ears and squish the top of your nose you can feel what shark bones are made of! 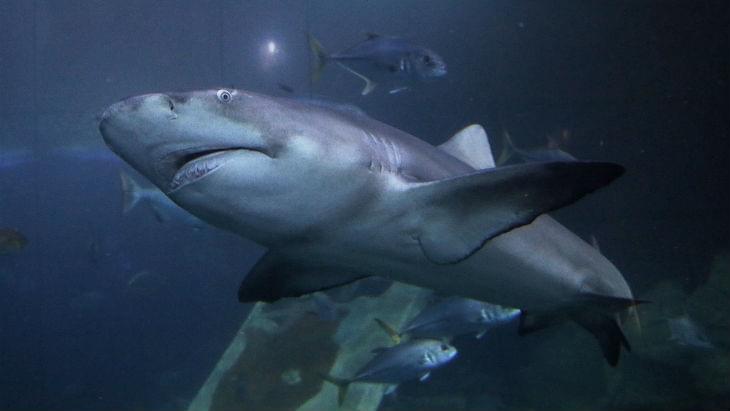 What makes them special?

Sharks that live in the deep sea must cope with conditions which can be very tough! Down in the deep sea there is very little light, it is extremely cold and you are squashed by the pressure of all the water above your head. If you went 1000m down into the sea the weight of the water is the same as 100 elephants sitting on your head!

The Frilled shark lives 600-1000 metres down into the sea and looks more like an eel than a shark! It gets its name from the red feathery gills and mummy frilled sharks carry their baby in their tummies for 3 whole years!

Cookie cutter sharks are only the size of two pieces of paper and they have super sharp teeth which they use to chomp little circles out of their food. They sometimes mistake submarines for food and try to bite them too! Cookie cutter sharks can also make their tummies glow to help them find food, when animals can make their own light it is called bioluminescence.

How can we look after the Deep Sea?

Scientists have found rubbish in places in the deep sea where people have never even been before! We need to make sure that we stop rubbish going into the sea, we should always put our rubbish in the bin and we can help do beach cleans to help out our ocean.

Next Week: We are learning about the bizarre, beautiful world of deep sea fish!

Toddler Tuesdays is limited to 15 spaces per session and tickets are sold on a first come, first served basis! Come along early to avoid disappointment. Sessions are 10:30 – 11:30 am