Celebrate Halloween at the NMA with these terrifically spooky animals! 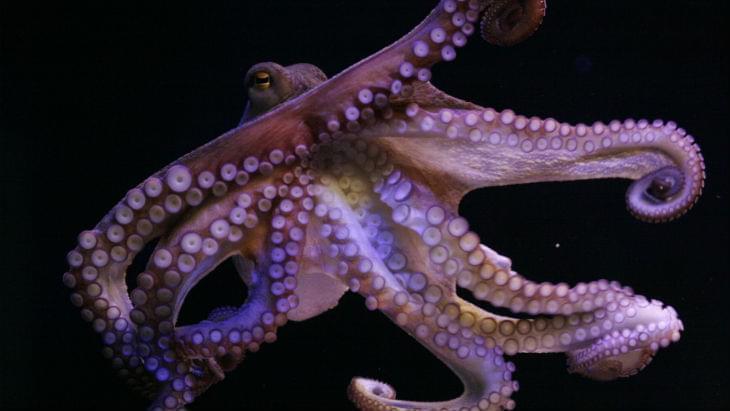 This Halloween we’ve decided to highlight some of the creepiest and most ghastly creatures found both in the deep dark Ocean, and in our Aquarium! See if you can spot these four crazy characters on your next visit to the NMA…

The Zombies of the sea: Conger eels

We have a host of slithery European conger eels in our Eddystone Reef exhibit, by day napping in crooks and crannies in the rocks. They’re the largest eel in the world by weight reaching an average length of 1.5 metres and can weigh as much as 110 kilograms!

Feeding mainly on fish, crustaceans and cephalopods, they’re also thought to scavenge on dead and rotting fish too! But…that isn’t the scariest thing about conger eels by a mile! When at maturity their bodies undergo a crazy transformation; their reproductive organs swell in size, their skeleton reduces in mass, and their teeth fall out. They effectively become zombies of their former selves! The eels then make their migrations to spawn in the Mediterranean and Atlantic, where females produce several million eggs, which then hatch into larvae which drift to shallower waters, where they live to reach maturity and redo this gruesome cycle. 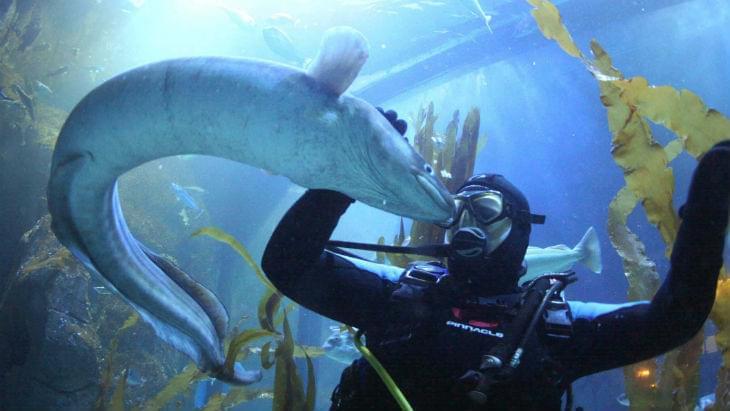 The European spider crab can be found in our Eddystone Reef tank and are common around the coast of the UK, as well as the Mediterranean. These creepy looking crustaceans feed on seaweeds, molluscs, sea urchins, sea cucumbers, and more. They migrate in huge numbers in autumn, for over 100 miles, and moulting to form ghostly carapaces of their former selves. As decapods, which literally means ‘ten footed,’ their many spindly legs resemble that of a spider, not to mention their two claws for tearing food! Other species of spider crabs can be enormous in size, with the Japanese spider crab reaching over five metres from one claw to the other! 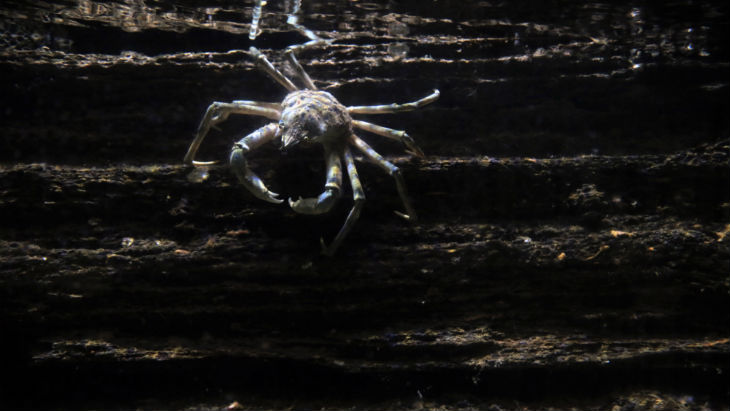 Although we love our octopuses here at the NMA, named Copper and Neptune, for being so playful and charismatic, it’s certainly not fun to be prey to an octopus! Octopuses love to eat crabs, shellfish, and more. They’ll firstly will capture their prey with the slimy web between their arms which can be expanded to form a parachute-like structure, enveloping their victims. Along each of their eight arms are many, many suckers they can use to taste prey and ensnare them with an enormous amount of suction power! Each sucker has the capacity to hold one kilo of weight so it’s a almost impossible for their food to get away. Octopuses will then pass their prey along their suckers to the beak, the hardest part of their body, which they’ll use to munch down with along with a toxin they produce which paralyses their doomed dinner.

Not to mention, Giant Pacific Octopuses (like our Neptune) are the world’s largest octopus they can be enormous in size! Reaching 9 metres from the tip of one arm to the other, and weighing up to 70 kilograms!

Sporting a pair of bright red teeth sticking out of their mouths, vampire triggerfish look like they’re permanently grinning! These needle-sharp teeth can be seen even when their mouths are cloased. Though they don’t feed exclusively on  blood like their name suggests, vampire triggerfish like to eat meaty foods like krill, clams, squid, urchins, and small fish. Deriving from the tropics, these toothy fish can be spotted in our Great Barrier Reef tank, identifiable by their deep blue colour and billowing fins on the top and bottom.

Thanks for reading! Head to the NMA this autumn to meet these ghoulish creatures, along with all our 4000 animals at the Aquarium! Don’t forget, every ticket comes with a free annual pass so you and your family can return as much as you like over the course of the year.