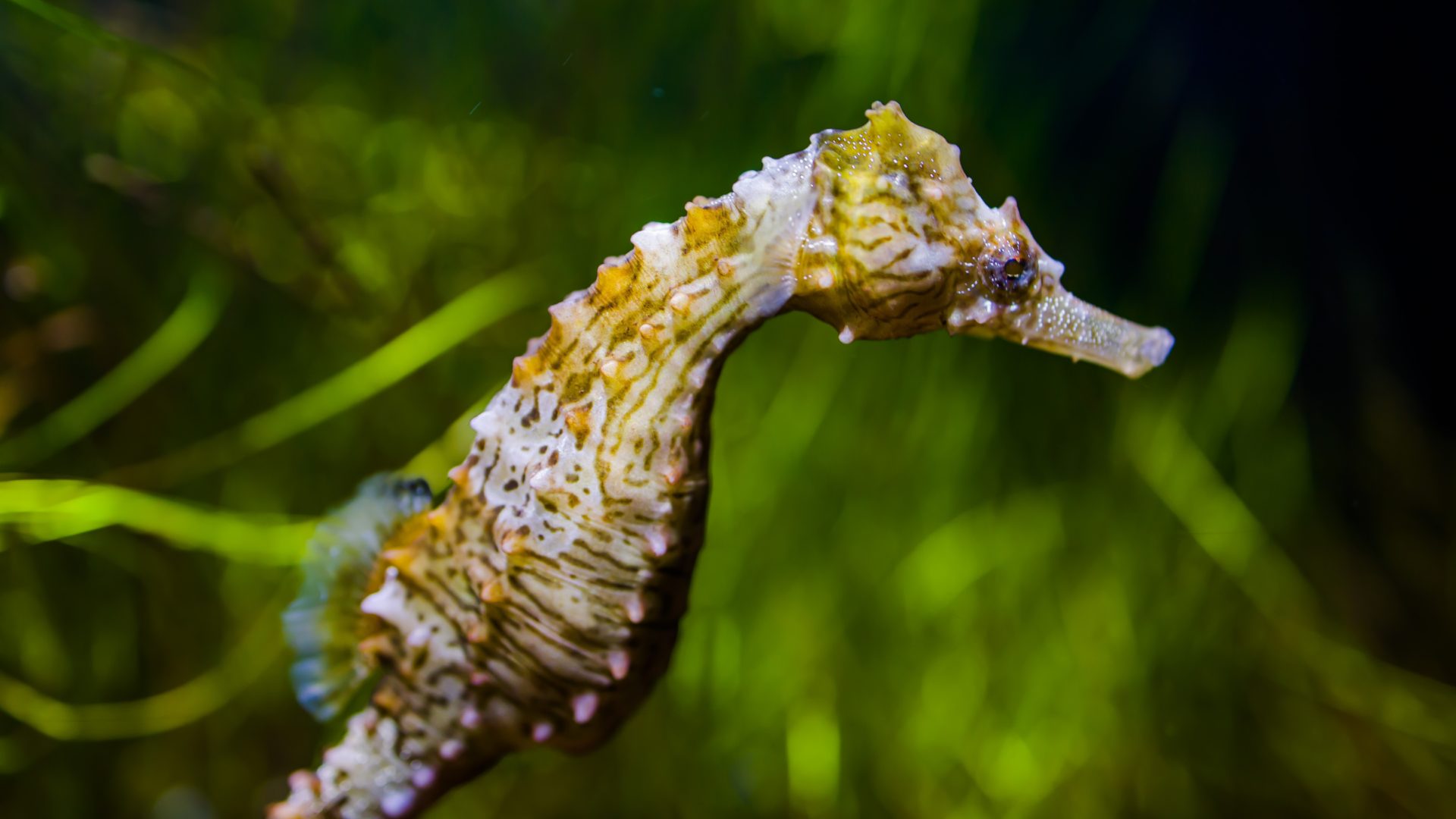 Seagrass in the UK is home and hunting grounds to an incredibly diverse community of animals, from tiny invertebrates to large fish, and marine mammals, making these areas one of the most productive ecosystems in the world! The Seagrass can form dense underwater meadows which is perfect for sheltering animals that are unable to move very quickly, allowing them to form nursery habitats, safe from large predators out in the open.

Read on to find out more about some of the amazing animals you can find in Seagrass habitats around the UK:

The UK has two native Seahorse species – the Spiny and the Short-snouted Seahorse. Although both species of British Seahorse are rare and endangered, they can be found from the Shetland Isles down the west coast of the UK, around Ireland and along the south coast of England. There have also been some sightings of Seahorses on the east coast and out in the North Sea too.

There is such a wide variety of Crustaceans that rely on Seagrass habitats for shelter from larger predators. Some of the Crustaceans we have in the UK that can be found often in these habitats include:

Many Crustaceans have a varied diet so Seagrass habitats provide a diverse ecosystem for them to feed on, including different plant matter, Clams, Mussels, Sea Urchins, Starfish, micro-organisms, Shellfish, Worms and Sea Snails.

Cuttlefish are chunky squid-like creatures with well-developed heads, large eyes and mouths with beak-like jaws. They have eight ‘arms’ with suckers plus two tentacles around the mouth and a fin that runs around their body. Cuttlefish are extremely variable in colour, but are usually blackish-brown, mottled or striped.

Octopuses are cephalopods which are relatives of Cuttlefish and Squid. These alien-like animals are amazing with their eight arms, three hearts and colour-changing skin!

Despite many species thriving in UK Seagrass habitats, they’re at huge risk. Ever increasing marine development, pollution, damaging fishing practices and climate change means that Seagrasses are rapidly disappearing. The International Union for Conservation and Nature (IUCN) in 2014 estimated that seagrasses are declining by 7% a year globally. This estimate, if correct, makes it the fastest disappearing habitat on the planet.

That’s why we need your help! One of the ways we can protect these vulnerable seabed habitats and wildlife, is through the creation of protected areas at sea. Our charity, the Ocean Conservation Trust, is working tirelessly to help do this and restore Seagrass meadows to their former glory. Your support means we can make a huge difference to our Ocean and the wildlife living in it.

We have also set up a Seagrass Lab right here at the National Marine Aquarium where we are growing seeds that will then be planted in the Ocean to help restore these natural habitats. Check it out on a Virtual Tour or on your next visit where you can find out more from the people at the heart of the projects themselves.

Every ticket purchase goes towards helping support our charity work as well as look after our amazing animals here at the NMA.